Where Gemstones Are Found

Where Gemstones Are Found 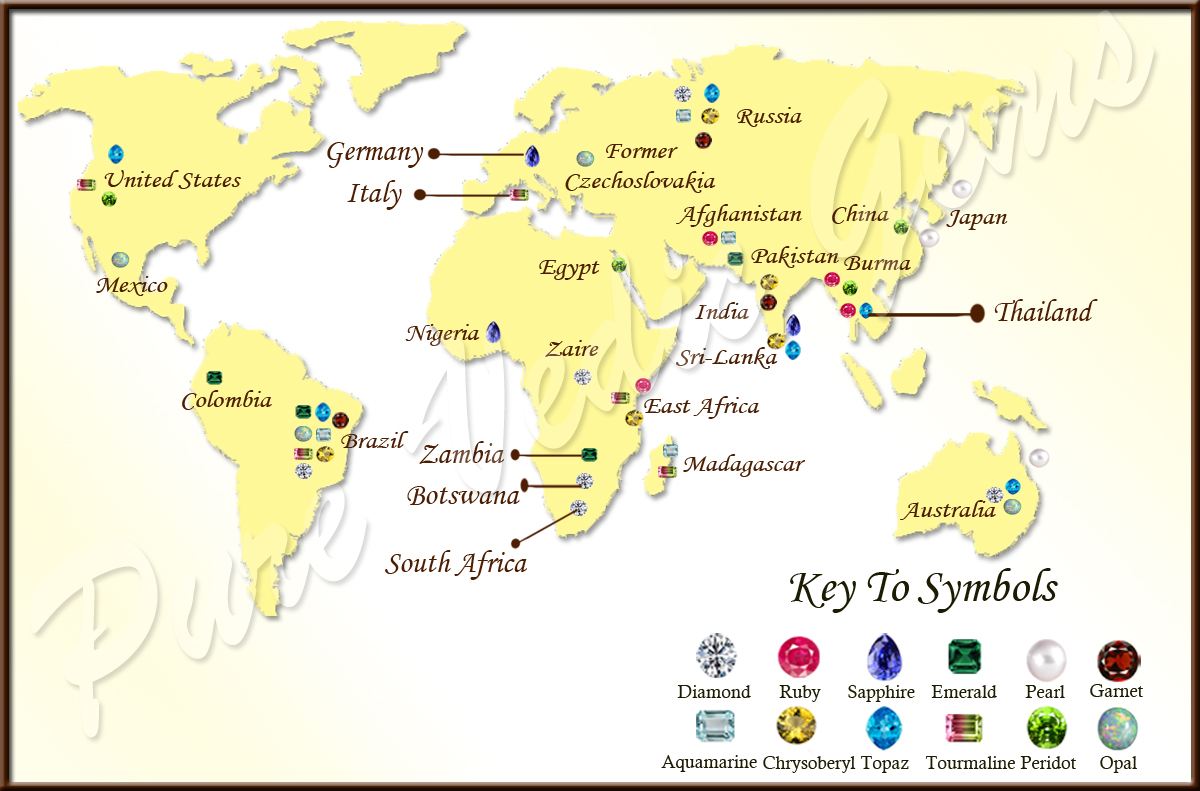 Where gemstones are found is a good question which should always be asked from the gemstone Supplier. Some Gem Minerals, such as quartz and garnet, are found worldwide. Others, like diamonds and emeralds, are rarer, due to the more unusual geological conditions necessary for their formation. Even when mineral is found worldwide, only a minute proportion may be of gem quality. The main gem localities of the world are therefore those where gem-quality material occurs in sufficient quantity to make production economic.

It is important to distinguish where gems are formed from where they are found. Almost all gems are formed below the Earth’s surface. Some are brought to the surface through earth processes (faulting, folding, large scale uplift, volcanism). These processes can move rock up from more than 400 km below the surface.

As with gold, gemstone counterfeits, or synthetic gemstones, can be mistaken for the real thing. Another important factor in establishing the value of a gemstone is to know where it came from, both geologically and geographically, which can’t be determined visually. Always go for the 100% natural Gemstones.

The 12 varieties of gemstone shown on the above map represent some of the world’s best-known gems. All are popular and highly prized, but some are far rarer than others.

The above map shows the main localities for 12 key gems which are some of the world’s best-known gems. Each gem may of course occur in other places, but probably not in sufficient quantities to make its extraction economic. Some sites, although historically important, may now be worked out.