The Sun Planet And Its Gemstone Ruby 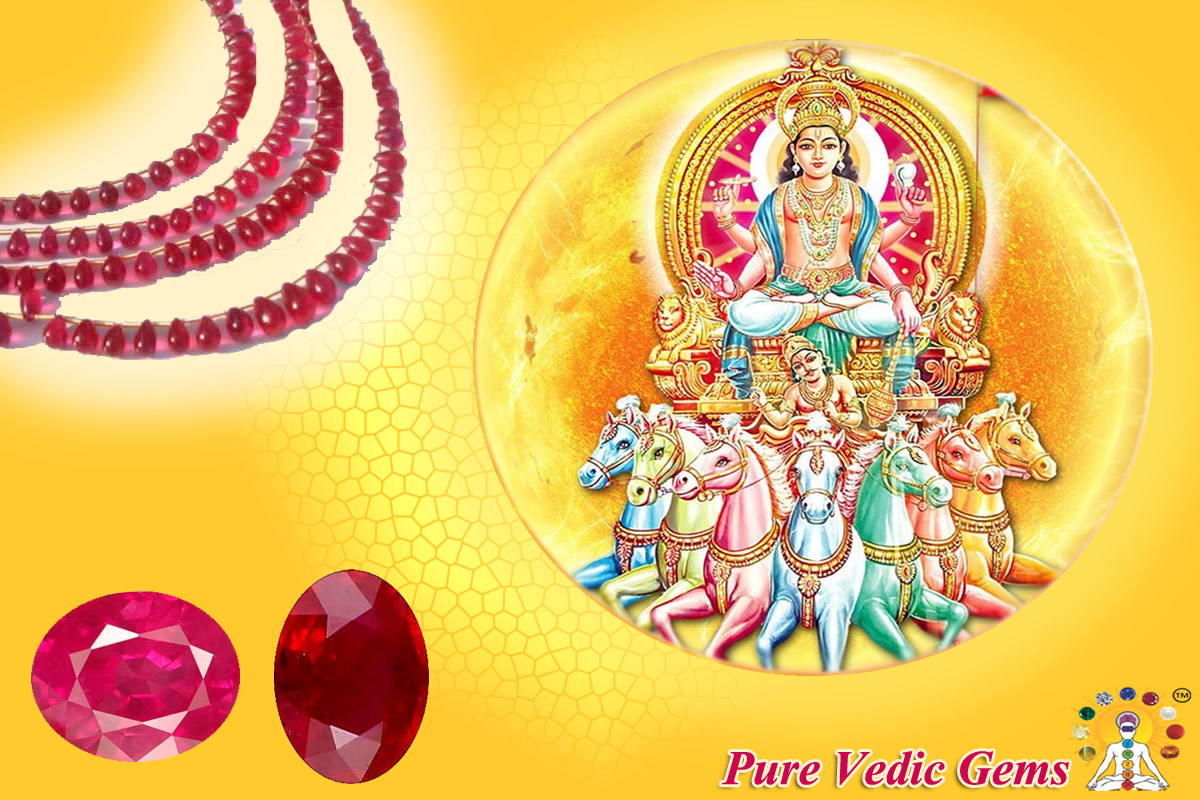 THE SUN, according to the Vedas, is the parent of all existing phenomena in the solar system. One of its names is Aditya (“first born”); it is also called Bhutasya jatah (creator or father of all bhutas, i.e., objects and ingredients from which objects assume form). He is the ruler of all the planets that rotate around him. The Sun is considered to be the soul of Kala Purusha (Kala = time, Purusha = being; combined, it means the being that binds himself to Time).

The Sun represents the male or father principle. Its color is blood red, its nature is bile-dominated, and it is the lord of the direction East.

It is the ruler of the zodiacal sign Leo, and is exalted in the sign  Aries, debilitated in Libra, and exiled in Aquarius.The Moon  Mars, and Jupiter are its natural friends, and Venus, Saturn, Rahu (dragon’s head, or the north node of the Moon), and Ketu (dragon’s tail, the south node of the Moon) are its natural enemies. Mercury is neutral. Nakshatras Kritika, Uttra Phalguni, and Uttra Khad are ruled by the Sun.

It is regarded as a kroor-grah (malefic planet), but it is actually an auspicious planet. It is powerful when placed in the seventh house from the ascendant. In six signs after Capricorn it is moving toward exaltation and is powerful. Its friendship with Jupiter is sattvik (pure, as Jupiter is the teacher of the Sun); with the Moon, rajasik (energetic and active, as the Moon is the opposite and counterpart of the Sun); and with Mars, tamasik (angry, combative, and obstinate, as Mars and the Sun are both fiery).
The Sun gives us vitality and the power of resistance and immunity. It is responsible for our physical makeup—the body’s constitution. The Sun gives life force, the power of will, intellect, brilliance, prosperity, success in worldly affairs, wealth, personal conduct, activity, cheerfulness, good fortune, wisdom, ambition, fame, the understanding of the phenomenal world, and the knowledge of medicine. It also governs our relationship with temples and holy places.
When the Sun is not rightly placed in the natal chart, that is, ill-aspected or afflicted by a malefic planet, it brings pessimism, sorrow, quarrels, humiliation, and poverty.
The human spine is specially influenced by the Sun. Pingala Nadi, which represents the Sun, originates at the base of the spine on the right side, is solar in nature, and terminates in the right nostril. The Sun is connected with the right eye in men and the left eye in women. The Sun rules the heart, liver, lungs, head (brain), nerves, and bones.
The Sun also represents kings, government officials, rich and famous people, personnel of royal families, gemologists, artists, dramatists, jewelers, and creative people. Copper is its metal but it rules over gold, almonds, peanuts, coconut, mustard seeds, wool, red flowers, red sandalwood, and what in India are called “red” cows. It shows its influence from twelve to twenty-four Years of age.
An afflictcd and ill-aspected Sun gives low and high blood pressure, indigestion, jaundice, cholera, fever, diabetes, appendicitis hemorrhage, cardiac thrombosis, eruptions on the face typhoid, tuberculosis, mental problems caused by thinking too much, diseases of the head, epilepsy, and disorders caused by aggravated bile. Fasting on Sundays helps in befriending the Sun.

The gemstone related to the Sun is ruby. When the Sun is debilitated. exiled, or Afflictcd by malefic, planets or is ill-aspected, wearing a good-quality Natural ruby helps.

1.Ruby Is A Symbol Of Love & Passion.

Person, who have SUN Planet in Tenth House with good aspect and placement or lord of Tenth house then he or she can wear Ruby Gemstone (Manik). This will boost up their luck, name, fame, relationship with father, administration power and health improvement. If Sun placed with negative aspects then he or she must do Shiv Sahastra naam 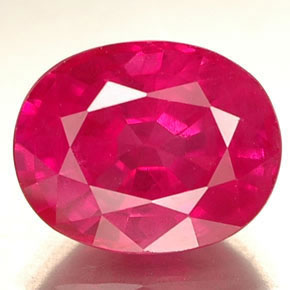 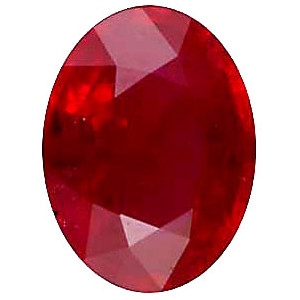 Being Ruled by the Sun it signifies wisdom, the power of communication, intellect, spirituality, divine, brain, education, love, prosperity, wealth.