SUN IN THE 2nd HOUSE / Benefits of Sun in Second House

SUN IN THE 2nd HOUSE / Benefits of Sun in Second House

SUN IN THE 2nd HOUSE OF HOROSCOPE 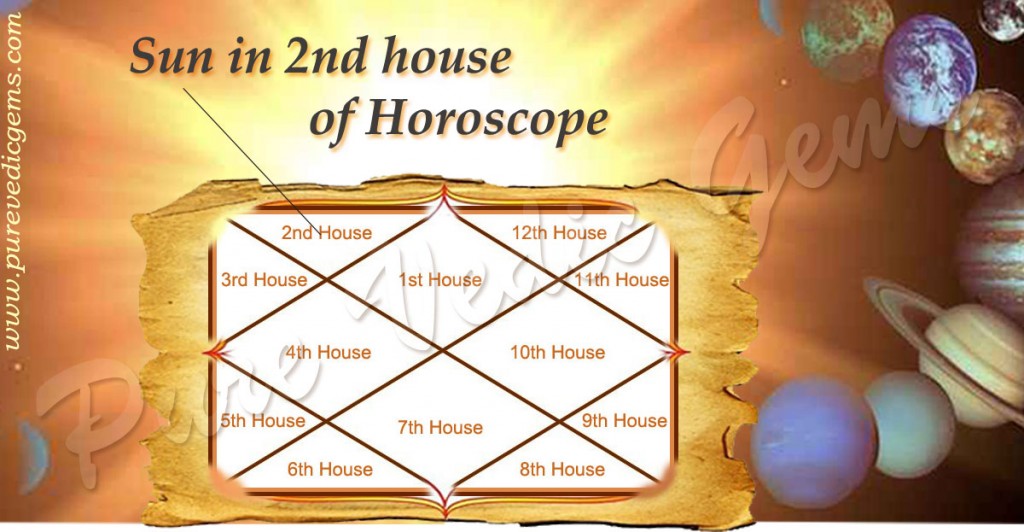 This is normally a beneficial position for all individuals, though somewhat unfavourable to the spouse, being in the 8th Position from the 7th house which rules marriage and married life. Sun in the 2nd house invariably gives wealth, at least better monetary position than what was in the childhood or at the star of the career. It gives a fondness for gold ornaments and according to the individual’s status and jewellery finances. Very few people know that Abdur-Rahim-Khankhanan a Cabinet Minister of the Mughal Emperor Akbar was a very earned and experienced astrologer, and out of many books he wrote on Astrology, some two or three are still available in published form. He has highly praised Sun’s position in the 2nd house with relation to money and power, including great success in source of income and savings.

Being in the 5th position from the 10th house (which rules career, joining public services and politics) Sun in the 2nd house gives outstanding success in career, job in public services and in politics, and being in Kendra position from the 11th house, Sun ensures high grade regular income too. However this position of Sun being in 6th place from the 9th house (which rules luck, fate, fortune), success would not drop into the lap of the individual without effort and hard work.

Similarly, this position of Sun being in the 8th place from 7th house (which as stated above rules marriage, married life, love affair etc), the spouse might sometimes undergo a setback in matters of health (headache, weak eyesight or skin ailment). And in some rare cases, it gives differences between wife and husband about overall management of money.

2nd house is considered one of the KILLER (Maarak) houses in every school of astrology. But Sun being the King of the planets, rarely indulges in ending the life of an individual in the same manner in which a King himself doesn’t descend from his throne to lash a guilty person himself. Instead the King entrusts the task to one of the subordinates or employees. Similarly, Sun doesn’t directly involve itself in ending life of an individual. Sun leaves this task to other planets. This is more a result of study and practical experience of Sun’s position in the 2nd house for several years and generations. 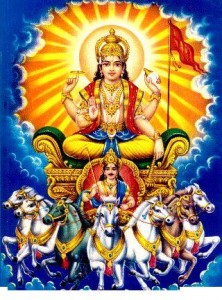 It has also to be clarified here that even if Saturn’s Rasi is in the 2nd House, Sun alone would rarely end the life of an individual. It is also noteworthy that Sun has got the shortest duration of its Mahadasa, just a total of 6 years as compared to 20 years of Venus and 19 years of Saturn.

Being in the 12th position from the 3rd house which rules brother(s) and sister(s) or cousin(s), Sun in 2nd house makes the individual spend money and energy in helping and supporting this category of relations. But at the same time, the individual gets financial and moral help from mother or motherly persons.

Sun in the 2nd house is in Kendra relationship with 5th house, which besides other subjects rules progeny too. The individual becomes extra involved in the education and upbringing of the children to the extent of interfering in their affairs when the children are adults and sometimes even after the children are married. Some schools of thought in astrology take this position of Sun as detrimental to the progeny, but experience does not indicate this theory to be correct.

Person, who have SUN Planet in Second House with good aspect and placement or lord of second house then he or she can wear Ruby Gemstone (Manik). This will boost up their administration ability, business skills, successful career and good health. If Sun placed with negative aspects then he or she must chant Shiva Sahsranam or recite Surya Jaap or do Surya Shanti Yagya or Aditya Hridayum Stotram.

Note : Always wear Astrological Gemstones only after consulting your Horoscope with a Learned Vedic Astrologer –  www.purevedicgems.com/best-astrologer