SATURN IN THE 12TH HOUSE

SATURN IN THE 12TH HOUSE 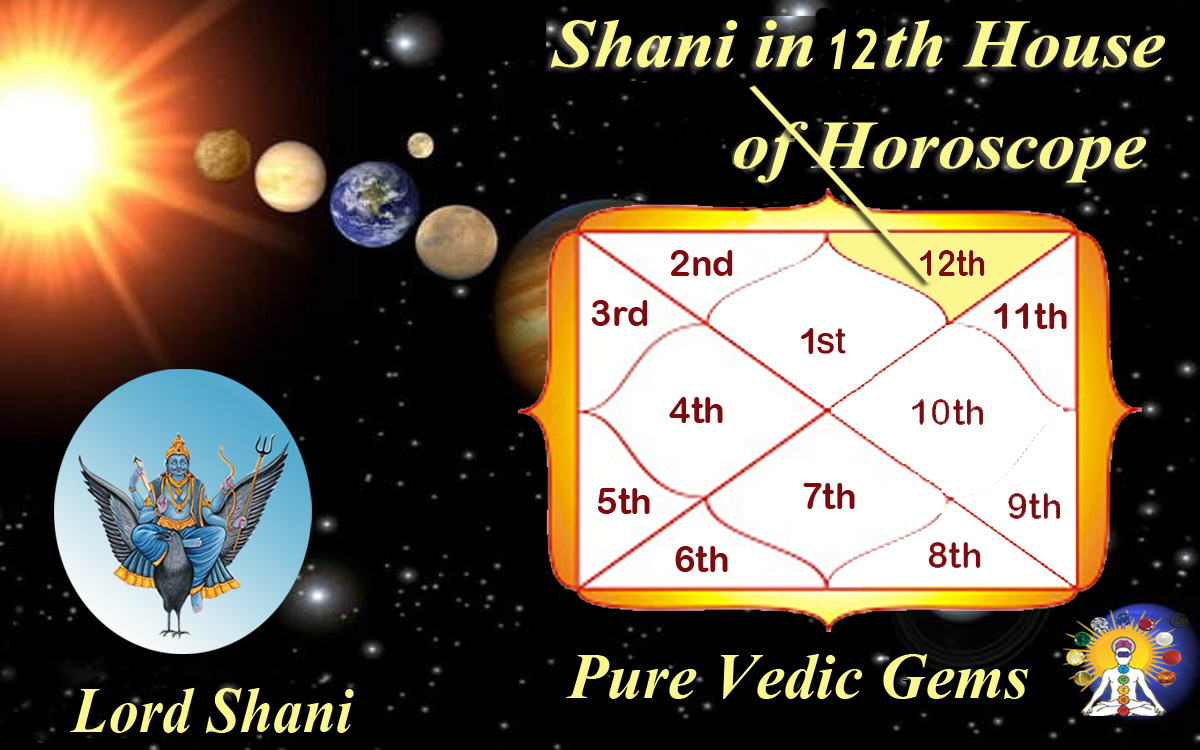 Benefits of SATURN in 12th House of Horoscope :

This is one of the most difficult positions of Saturn in a Birth-chart for the following reasons.

These are just the routine plus and minus points for the individuals with Saturn in the 12th house. They become, at least sometimes, a victim by their own utterances, written statements, and acts and actions of commission and omission, anywhere and everywhere.

They Thus drop into the trap of enquiry, investigation and action under rules, regulations and law of the land. Because they are, in many cases, themselves open to illegal gratification or obligation, they try their best to influence the enquiry office or investigating authority to win over his or her favour leading to their acquittal.

This trick or theory sometimes works and sometimes falls flat with further adverse consequences for the individuals. depending on the position of Jupiter in the Birth-chart and its relationship with Saturn. This point leads us to the conclusion that barring a few, most of these individuals are apt to unfair and unjustified earnings and income, if not in cash, at least in kind or by way of obligations of other kind for self or kith and kin.

It has often been noticed that their money, at least a good part of it, goes the same way, which way it accrued in their hands. They presume, rightly to some extent in modern times, that everyone can be bought, in the same manner in which they themselves can be bought by others through bribes and illegal gifts.

They are often helpful to the members of immediate and distance family but always with an eye for return. And they have no hitch or hesitation in usurping the rightful possessions of others, whether they are friends or members of the immediate or wider family.

They often keep ‘yesmen’ quite handy, who would be prepared, no doubt for monetary or any other selfish consideration, to shoulder the responsibility for acts and actions of commission and omission by these individuals. For example, if the owner makes a serious accident by his vehicle killing or very seriously injuring any person, and that owner’s chauffeur or driver takes the onus of the crime upon himself.

it is not unknown that mafia bosses never come to light for their nefarious and criminal activities, and it is always goons who get caught for smuggling, trading in human flesh, unlawful trading in arms and ammunition or in drugs. The mafia bosses maintain the families of these goons when they are in police custody or in jail, and also manage their release or bail. It can go without argument that this type of mafia bosses might be having Saturn or Mars or Rahu or Herschell or any two of these hard stars in the 12th house. No doubt it is also true that these mafia lords do come to suffer the consequences of their acts and actions of commission and omission, sooner or later.

The question then arises is that when do they come under the clutches of law or of bad resultant luck. It is explained below :

(a) First of all, it has to be studied which are the stars in the 12th house with Saturn or whether Saturn is alone there.

(b) Whether Mars or Mercury or Jupiter has direct (drishti) aspect on Saturn from the 6th house.

(c) The birth Navamsha-chart should be studied whether it has any hard stars in the 12th house and any soft stars in the 6th house.

(d) Or any combination of hard and soft stars is in the 8th house.

It has also to be determined in this process which stars  are most harmful and with how much strength, and when is the likely period of their causing the harm.

It has to be noted that Saturn in the 12th house is capable of giving losses in industrial ventures, manufacturing units, in any other such business or income-generating activity as might be directly or indirectly connected with domain of Saturn.

Loss of money can be caused due to natural calamity such as earthquake, landslides, drought conditions damaging crops owned by the individual, looting type attack by famine struck groups of people.