Moon in the 12 th house of horoscope

Moon in the 12th house of horoscope

Moon in the 12th house of horoscope- 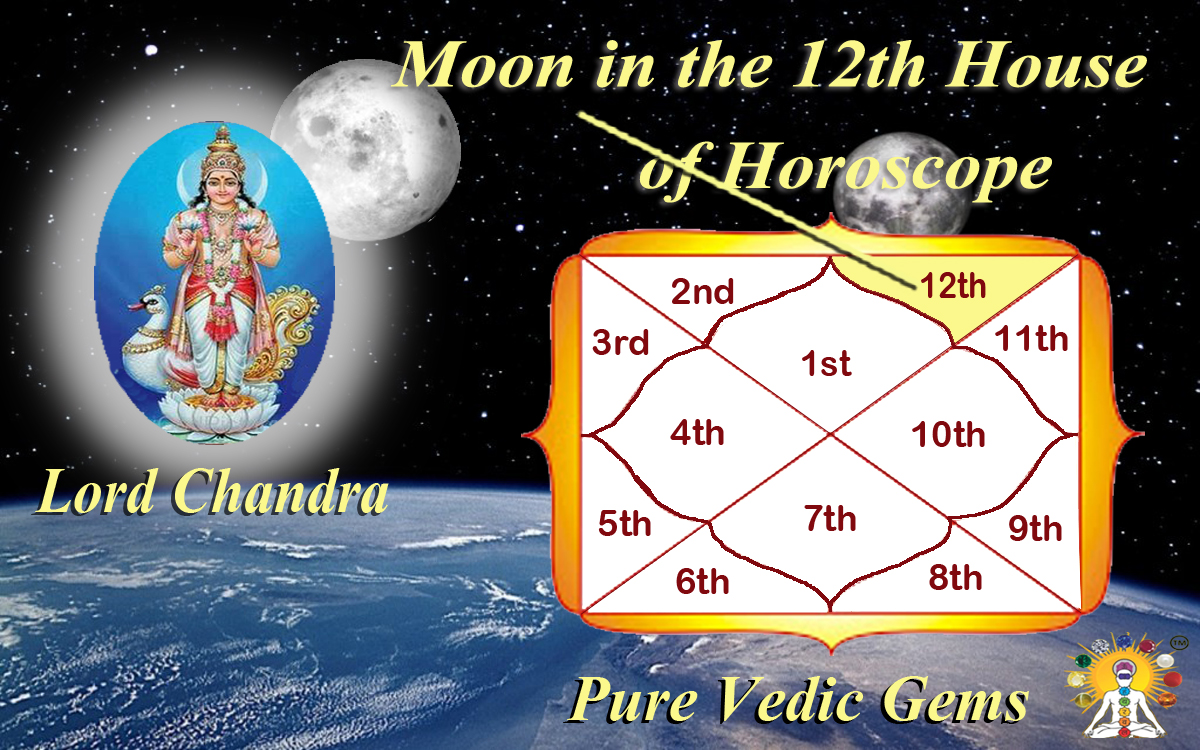 To get a correct appreciation of Moon in the 12th house, One must first bear in mind the subjects ruled by or concerned with the 12th house. Briefly, they have problems in married life, owing to less capacity or desire or interest in husband-wife physical relationship. Problems in getting progeny soon after marriage, problems relating to health and education of the progeny (this being 8th from the 5th house) also face them.
They are often subject to temporary loss of or reduction in earnings from the main source of livelihood, resulting in mental dismrbance. Epilepsy (full or partial, of short or long duration), a simple touch of partial insanity (of short duration or life long), and other mental worries loom over th head of the individual. It also causes heavy expenditure, loss ofetmioney, loss of prestige, imprisonme arrest, penalty, punishment, n loss by theft, c robbery, dacoity or by any natural heating, calamity. 12th The IL nouse concerns with father’s brother(s) and sister(s), also extra-marital relationship of self or spouse and attitude of one or both towards it. Because of these important subjects relating to the 12th house and Moon ruling the Mind, one must take into account what Rasi is in the 12th house. Who is the lord of that Rasi, and where is that lord of the Rasi in the 12th house isplaced in the birth chart and the Navamsha chart. For ‘example, if Moon-owned Rasi Cancer is in the 2nd, 5th, 6th or 8th house, and Moon in 12th house. Then Moon would give disturbed state of mind, worrying mind, fickle-mind or jealous mind towards others, even towards the spouse for achievement and progress of spouse in own work. If Moon is in Sagittarius or in a Rasi owned by Sun, Mars or Saturn, there are strong chances of the individual getting into a trap with the law and order system, whether the individual is actually at fault or not. It might or might not come as a result of a regular enquiry or investigation against the individual. Moonin 12th house sometimes gives drinking as a regular habit, andits adverse effect on married life, ultimately leading to extra-marital relationship. Some times, in the case of some rare individuals, the opponents or competitors try to involve the individual into an extra marital relationship to damage the reputation Or good conduct record of the individual. If the competitors or opponents fail in involving the individual into an extra marital relationship, they try to develop a tendency in the individual to spend extravagantly or unnecessarily on the spur of the. moment On provocation. This would ultimately lead the individual to adopt an open for acceptance of gifts and other gratifications,and thereby earn a bad name.such a situation as this might lead to an enquiry or investigation and nothing else,at least mental torture to the individual.
Moon in the 2th house thus rarely givs any comfortable result,and when joined by other planet in the 12 th house,which is complete in itself.
Remedies –

Person, who have Moon Planet in Twelth House with good aspect and placement or lord of 11th house then he or she can wear Pearl Gemstone. This will boost up their administration ability, business skills, successful career and help in business. If Moon placed with negative aspects then he or she do Rudrabhishek