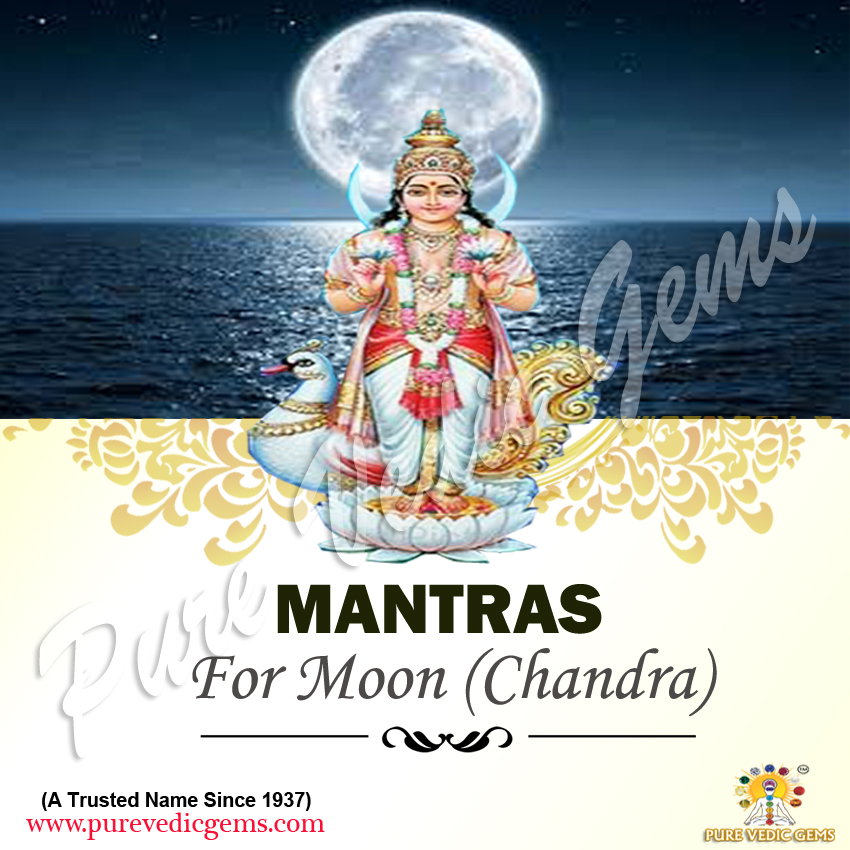 The Moon in Hindu astrology is known as Chandra. Shiva having Chandra adorning his head is known by name Chandradhara. The other name most popular is Soma. Chandra means ‘shiny’ and Soma is the sacred intoxicating drink that was used in vedic rituals. Moon is known as Luna as in the words, ‘lunatic’ and ‘lunar tides’ Ancients, both in East and West observed that mental make up depends on Moon and the lunatics were observed to have a relationship with phases of Moon. This theory has been proved as well as disproved thrice by the psychologists! Moon’s position is all important in the chart as the transit effects, the directional scale is determined by the position of Moon. As such, the predictions based on Moon sign represent the person more than the Sun sign. Nobody has been observed to have mental illness due to position of Sun to be called solatic! Moon indicates changing mood. Moon is the karaka for mother, happiness, feminine beauty, mental status and eyesight. Remedial measures to Chandra will give peace of mind, healthy mental activity so that intelligence (represented by Budha) is put to full use. Anxiety related disorders and mental disorders and water related diseases are cured by propitiation to Chandra.

Monday is considered best for worshipping the Moon. Some scholars are of the opinion that the sadhana could be performed during Guru-pushya or Ravi-pushya yoga. The sadhna should start from Monday falling during shukla paksha. The devotee should wear white clothes, have a white seat and food for offering should also be white. The sage of the Mantra is gautam. The metre is wyasti. The deity of the Mantra is the Moon God. The mantra is to be recited eleven thousand times. Saphatika (Crystal) idol of Moon God is used for worshipping the god. After realisation of the mantra homa is done with the twigs of plash. 1/10 of the recital is done homa and 1/10 of homa is done tarpan and marzan respectively. Brahims are fed milk, rice or milk boiled with rice and sugar. The mantra for recital is:

Take white flowers in your hands and do dhyana as under.

After dhyana perform mental pooja of moon as under.

Now perform pooja of Moon God by taking rosary in the hand and recite the following mantra for the rosary.

The other mantras for Moon are :-