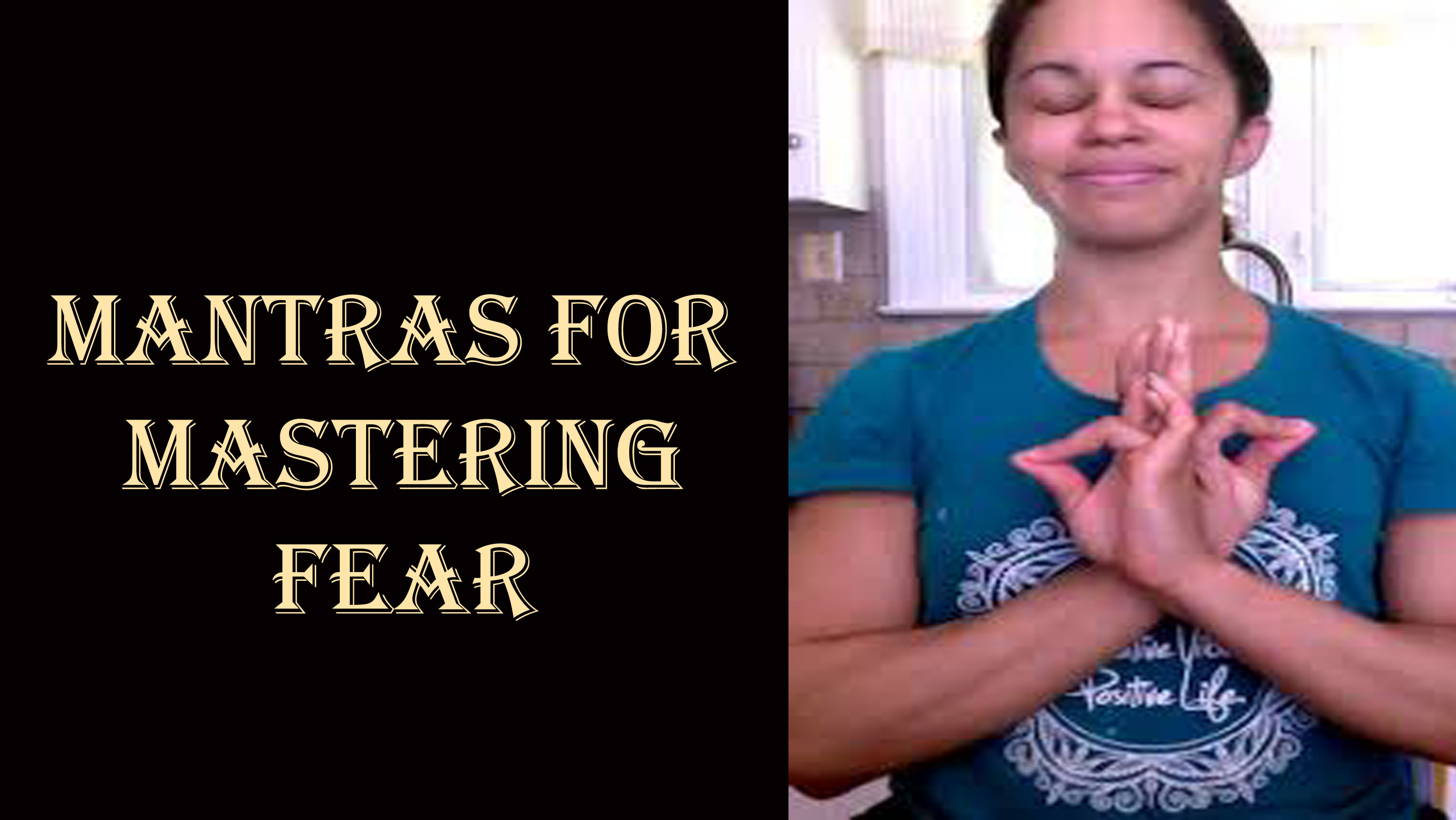 As we might expect from author of alice’s Adventures in Wonderland, Charles Dodgson (Lewis Carroll) was an insightful if eccentric philosopher. Dodgson believed that happinessexists only in the past we remember happiness rather than know it in the moment. Knowing it, after all would introduce an element of intellectual distance that is inimical to genuine happiness. Self-con-sciousness subverts spontaneity, in other words, and spontaneity is fundamental to having a really good time.

But if happiness can exit only in the past, perhaps fear can exist only in the present. Just think of a few things that really frightend you at various points in your life. Were you afraid of bugs? Of ghosts? Of the deep end of the swimming pool? Of not getting a date for the prom? Although you may be able to remember how those fears felt, chances are you don’t experience them now with anything like their original power. Moreover, the things you’re afraid of today will probably seem just as harmless when you look back at them over a distance of years-which doesn’t mean that they aren’t very frightening now.
Dealing effectively with fear does not mean just getting ride of it. There are people who break the law and who aren’t afraid to die in the process, but that’s not a state of mind we should aspire to. A hungry jackass will keep eating until he makes himself sick, heedless of wolves, a hailstorm or a sharp blow with a stick. The jackass has overcome his fear, but that’s only a negative accomplishment. He may not be frightened, but he’s not effective at living, either.
We might not be able to define them precisely, but we intuitively recognize the differences between rash acts and the things that become possible when fear is extinguished and is replaced by courage, hope, or love. Fear doesn’t even need to be replaced. It is our fear of fear that is misplaced. Arstotle may have had this in mind when he wrote, “A truly courageous person is not someone who never feels fear, but someone who fears the right thing, at the right time, in the right way.
NASA has documented that its astronauts were not frightened at all under some extremely hazardous conditions. They fit Aristotle’s view perfectly. As explorers who knew they were risking much, the astronauts, when confronted with sudden dangerous, unpredicted problems, did not exhibit fear as most of us would have under similar conditions. They simply took the most effective action available to them and watched carefully for other opportunities to address problems and dangers. The important lesson here is that there are times when an attitude driven by fear is not helpful, but just gets in the way.
Conversely, the energy of fear can also be a useful thing. For some actors, stage fright is useful. Most stage fright occurs before the actor walks Onstage. Once on, the energy of stage fright propels the performance.
This chapter, therefore, will not show you how to use mantras simply to banish fear. Instead, it will provide mantras for dealing well with fear, for protection within the cosciousness from the feared object or state, and even for using fear to achieve worthwhile purposes. Fear is a powerful form of energy, an anything that strong shouldn’t be dis-carded carelessly, but transformed if possible. Tolstoy wrote that all fears, even trivial ones, really are fears of death. But death is a word, not a thought. Fear of death is really fear of help-lessness. The common fear of death is the fear of losing all power. The Eastern teachings about death are quite different from West-ern views. In the West, death is considered a finality; in the East, death is just another door the soul enters when time in that body comes to an end.
The fear of helplessness manifests as inaction and paralysis -physical, emotional, and spiritual- which are much more dangerous than the fear it self. That’s the fear of a deer frozen in the adlights of a car, waiting for the impact in, evitable. People Who master fear strive to make the most of every moment today. What they do fear is not finding and fulfilling the purpose that brought them to this lifetime. They fear the impulse to dominate other people, or he dominated by them. They fear making appearances more important than realities. They fear seeing themselves as more important than those who depend on them. Most important, they use those fears as a source of energy for their personal spiritual evolution and transformation. That’s the ultimate purpose of the general mantras to combat and transform fear. 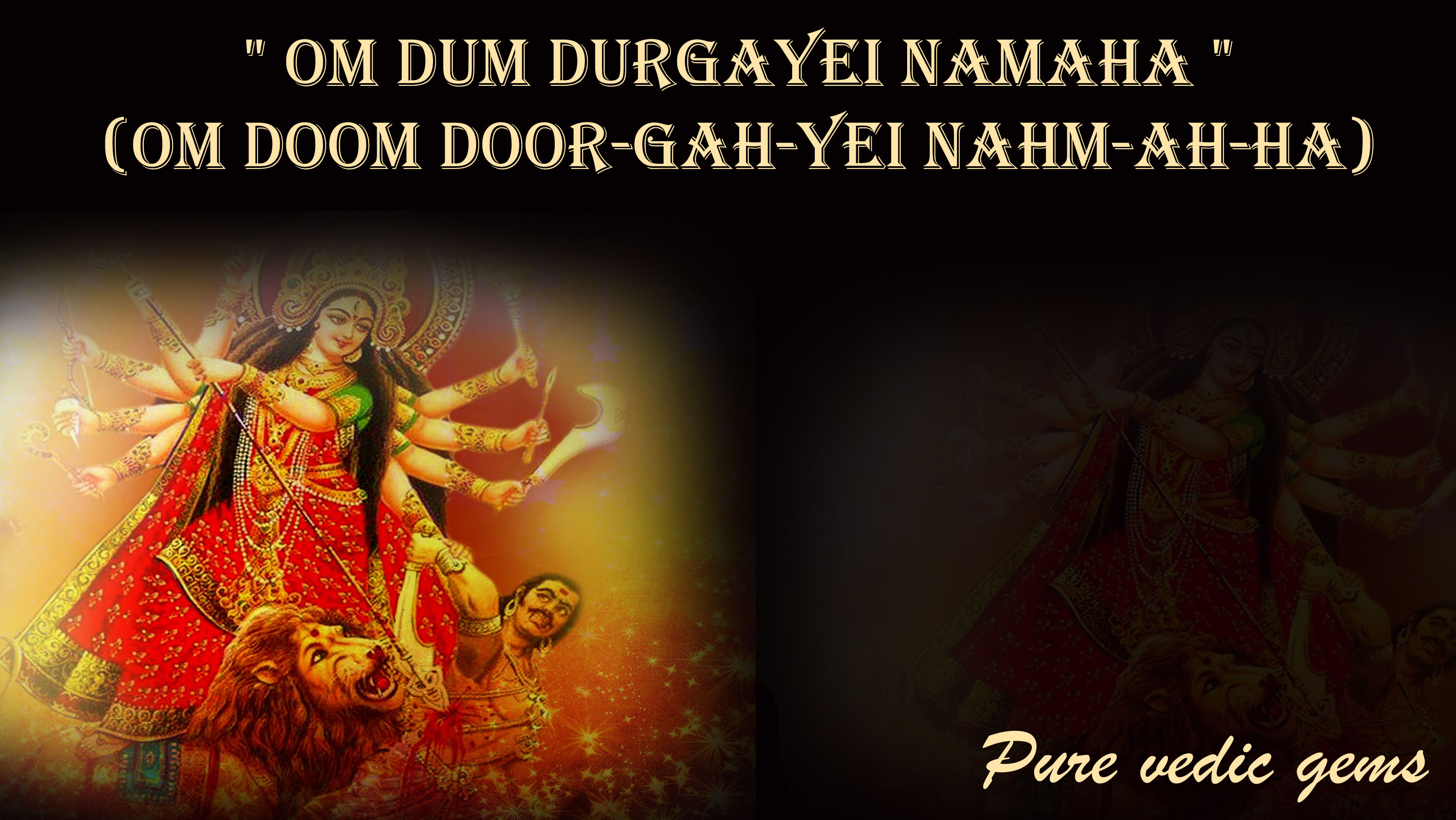 Protection When You Need It :-

Like most college students, Rick liked rock and roll. when one of his favorite bands was scheduled to appear at the local arena, he and a buddy got good tickets three months in advance. Then Rick enrolled in one of my courses on mantras for dealing with life’s problems. Drawn immediately to the Eastern feminine trinity of Durga, Lakshmi, an Saraswati, Rick decided to camplete a classical forty-day discipline dedicated to each one. He wanted to awaken those powerful feminine qualities within himself: Lakshmi for abundance, Durga for protection, and Saraswati for knowledge.

Durga is portrayed in India as the divine protectress. Riding astride a lion or tiger, she is beautiful to behold yet has a hundred arms, each with a diferent weapon. The lore describes her as beautiful to the devotee of truth and terrible to the demonic force that attempts to harm good people who place their trusted in her.

Rick was halfway through his forty-day mantra discipline on Durga when the date for the concert arrived. As he and his friend pulled into the parking lot, Rick knew everything was not right. He could feel increasing tension in his solar plexus. The farther into the lot they drove,the more it increased, until he began to feel sick to his stomach. He remembered his Durga Mantra For Protection and began to chat it silently, without any idea of what lay ahead.

Mantra to Remove Ghosts or the Fear of Unwanted Spirits :-

Shiva is a personification of consciousness in its expanded powerful state of being an accomplishment. In the teachings of the East, this consciousness extends from the nether spheres inhabited by ghosts, disembodied spirits, goblins, and demons to the highest celestial realms where the sages and saints dwell. This mantra commands that spirits or beings who are not in their proper place return to their correct plane of consciousness. 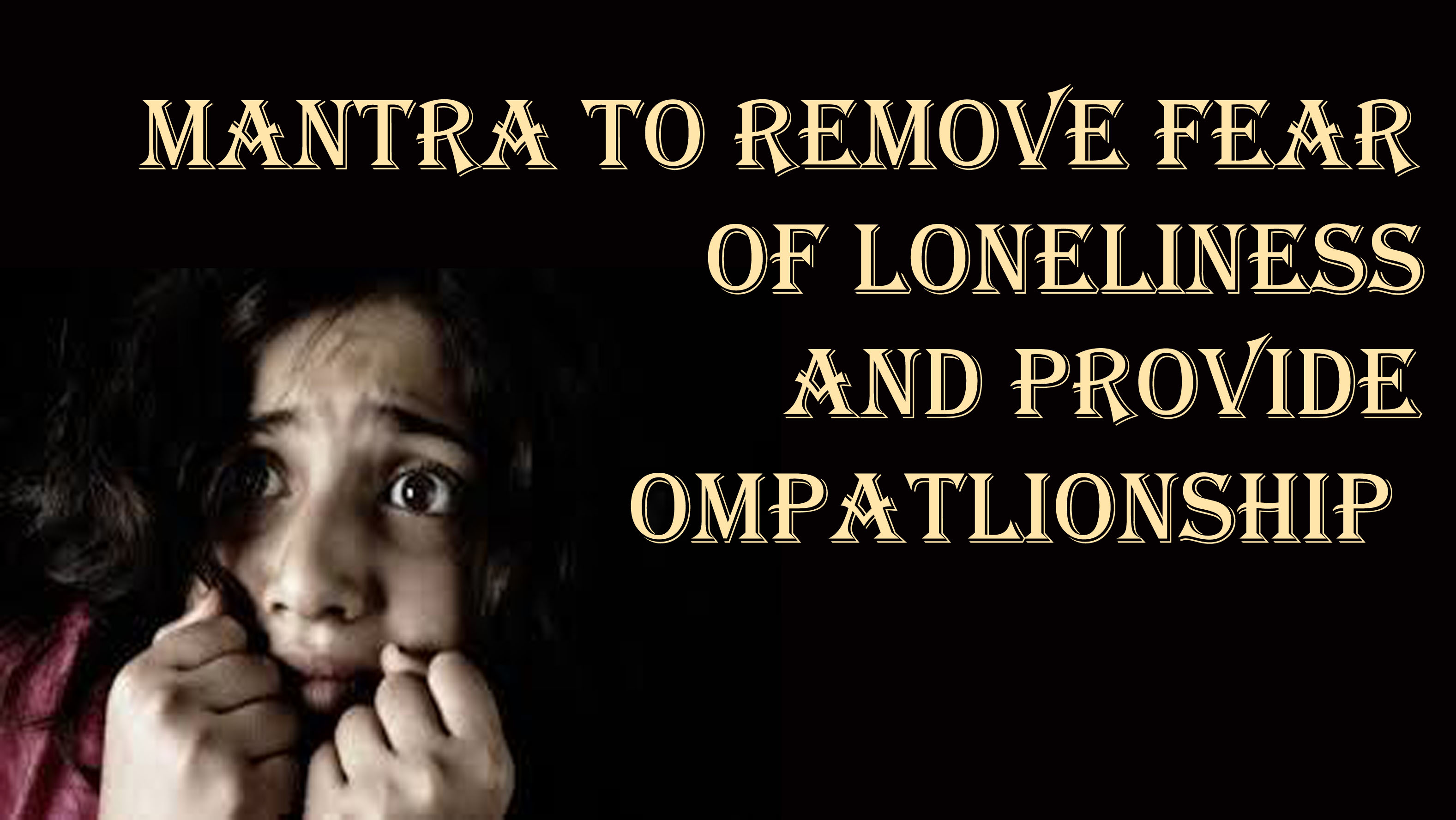 Mantra to Remove Fear of Loneliness and Provide Companionship :-

If you have a friendly nature, you will never be without friends or companions. This mantra helps develop the energy of friendship within you.

“May the light of friendship shine through me, 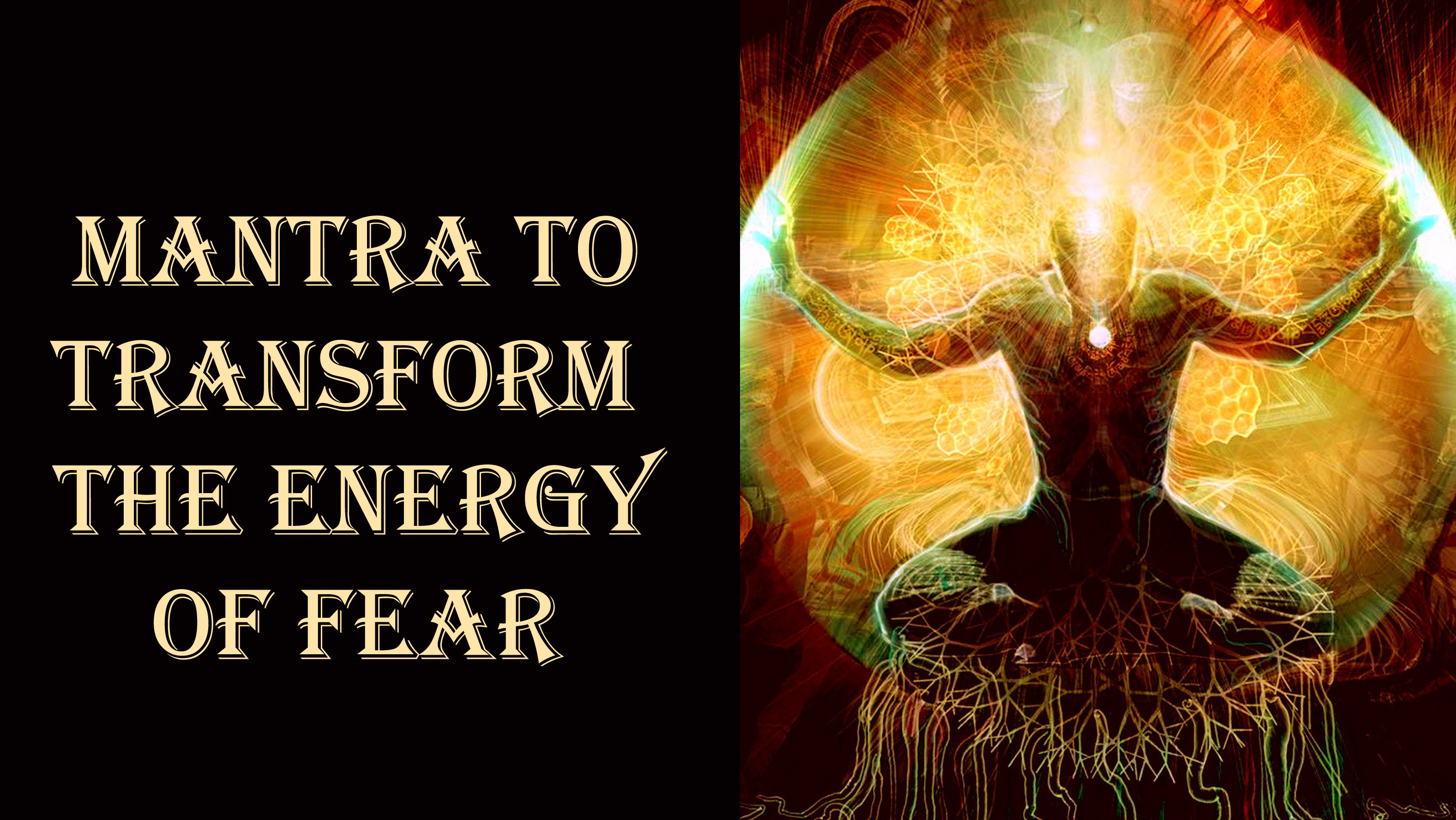 Mantra to transform the Energy of Fear :-

Another approach to removing fear is to transform it. When fear is dissolved back to its original source in consciousness, its energy is released and becomes available to be used in creative and productive ways.

“Invoking supreme peace I offer [surrender] the quality of fear to its source in the higher and formless universal mind. Salutations”