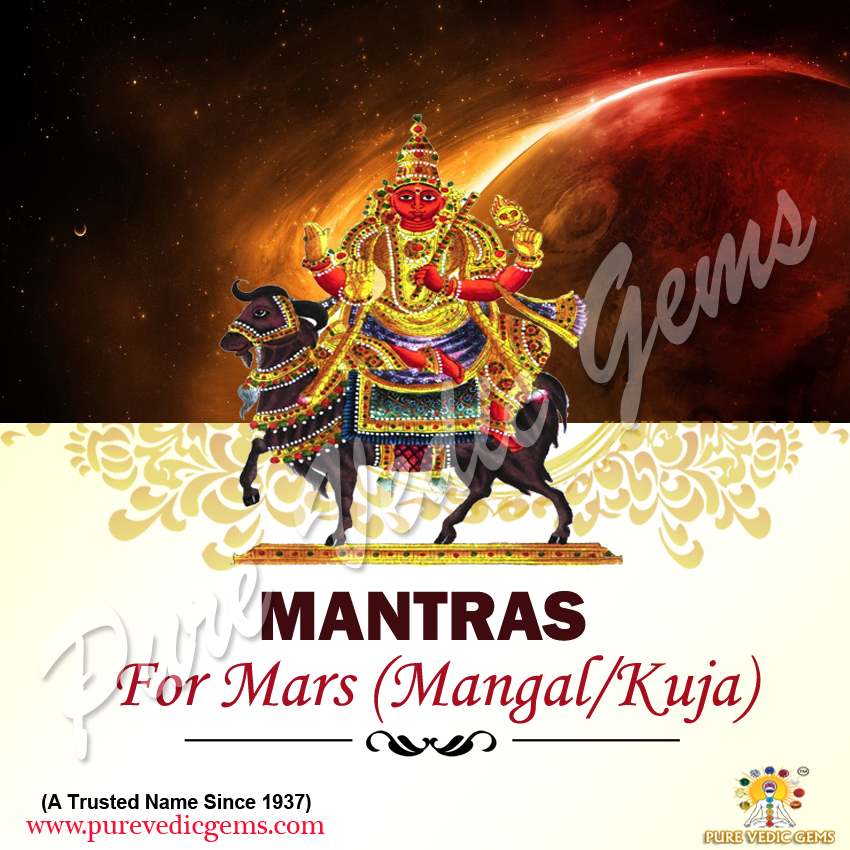 Mars, known as Mangal, Angaraka, Kuja and Chavai is the Commander in thr planetary cabinet. He is the war lord. Mangal means the auspicious one. Angaraka is the one who is like burning coal. Kuja is the significator of brothers or sisters, aggressive attitude, war, sports, martial arts, analytical subjects like math, statistics, engineering. He also indicates loans, diseases that look violent particularly of nerves, liabilities and violence. He is the significator of vehicles and communication skills. Mars is known as “bhumi putra” (Son of Earth). Latest pictures taken of the surface of Mars suggest similarities between Earth and Mars. Regular prayers to Mars, frees one from loans, poverty, sickness that effect brain. It gives immense courage and also gives communication skills. Kuja in certain placement causes ‘kuja dosha’ (Defects caused by Mars), as he predisposes the native towards harshness. The role of kuja depends on individual charts- harshness for a policeman may be a gift but for a professor it may be a curse!

Worship of Mars should be done during Siddha Yoga, on any Tuesday and the devotee has to do dasopchar pooja. It may be noted here that the mantra sadhana should end on Tuesday.

Worshipping Mars with the following mantra bestows sons and wealth. This Mantra also bestows desired objects and eliminates debts. The sage of this mantra is Virupa, the metre is Gayatri and deity is Agni. The aspirant devotee should perform sadanga Nyasa with the six syllables of the Mantra. The devotee shall repeat the mantra for ten thousand times. The requisite number of Homas with the twigs of Khadira shall be performed. Mars should be worshipped in Saiva Pitha. When the mantra is perfectly realized, he should perform repeat rites for realization of specific desires.

The Mantra is as follows:

Jinvati astrayee phat (clap, after taking circle around your head).

Take red flowers in your hands and do dhyana as under:-

After dhyana perform mental pooja of Mars as under:-

Now perform pooja of Mars by taking rosary in the hand and recite the following mantra for the rosary:-

Now start reciting mantra facing towards east direction. Mars mantra for recital is as under:-