KETU IN THE 10TH HOUSE

KETU IN THE 10TH HOUSE

Ketu in the 10th/Tenth House of Horoscope- 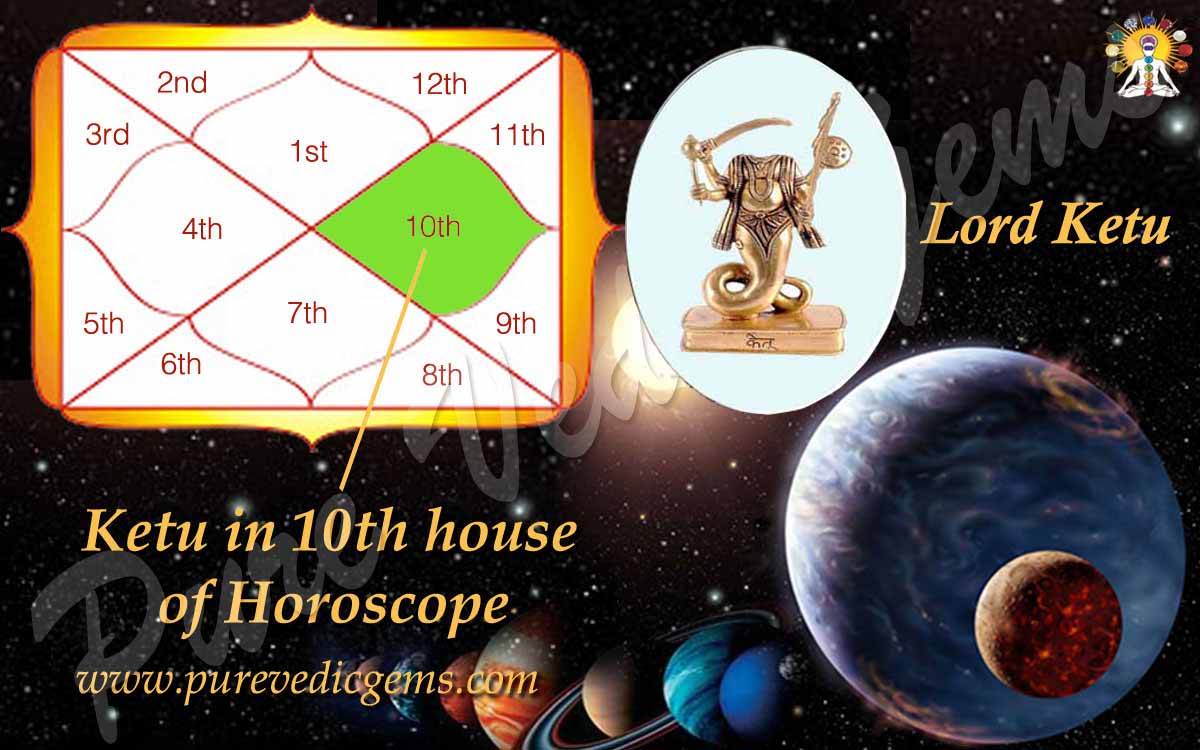 Ketu in the 10th house

The individual gets inconvenience and discomfort from or about a vehicle or an animal used as means of transport, and thus time schedule or appointment, engagement or catching a train or an aeroplane gets disturbed. Whenever in urgency or important need, these individuals should keep ready a second back-up means of transport. This problem might become all the more acute if Saturn is in transit over the 10th house (which occurs after every 28 years cycle). If Saturn is in 12th house and Ketu in the 10th house, during Saturn’s or Ketu’s mahadasa or sub-periods mutually under each other’s mahadasa, these individuals may avoid long road journeys.

These individuals with Ketu alone in the 10th house have rare chances of reaching the top in active politics, they rather remain back-benchers, supporters of others, and if Mars or Saturn is in the 7th or the 12th house, these individuals sometimes become mere fodder for their patron-politicians. However, these individuals do better and get full credit for their work in social or charitable field, whether they are mere active workers or financiers, or both. They get their due appreciation and name.

In business matters, it is always better for these individuals to have either a godfather, or very dependable and trustworthy manager or second-in-command, who may guide them in major business deals and also serve as a brake when these individuals fear lapse in the decisions and transactions.

When in employment of others, including government or local administration or municipal body or semi-government formations like public sector undertakings, these individuals prove very efficient, competent and honest, as also devoted to assigned or undertaken work or responsibility.

These individuals are good at teaching but not efficient in controlling a class, and often need a high-handed monitor on their ‘beck and call’. Further these individuals are not successful at stocks and shares, neither as brokers, nor as speculators.

Remedies –
Person, who have KETU Planet in Tenth House with good aspect and placement or lord of Tenth house then he or she can wear Catseye Gemstone. This will boost up their luck, name, fame, relationship with father, administration power and health improvement. If KETU placed with negative aspects then he or she must do Ganapati Atharvashirsha.

Note : Always wear Astrological Gemstones only after consulting your Horoscope with a Learned Vedic Astrologer –