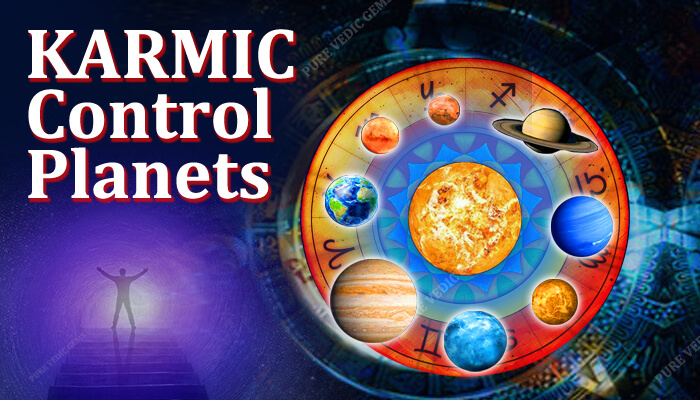 The basis of Hindu astrology is ‘Karmas’ in the previous life. Heavens ordain the soul to transcend on the Earth and choose the day, time, place, and parents as per ‘Karmas’.

Consequently, destiny of the physical being is carved out like a floppy in the form of a natal chart for the epoch; and the individual lives a life to grapple with the consequences of his past ‘Karmas’. He also strives to improve ‘Karmas’ by good deeds through physical actions (Karmas), tongue(Vacha); and heart (Mansa). It is therefore believed that the past ‘Karmas’ offer environment and opportunities in the process of evolution through the present life ‘Karmas’.

Here, the role of free will steps in; and the individual may ascend in the process of evolution of the soul; and finally unite with Paramatama or the Great Soul whose flints are all the souls on the Earth. Alternatively, he may descend into the worldly pleasures, thereby creating sanskaras for future life.

The Vimsottari system is a very comprehensive approach in Hindu Astrology and the zodiac should be divided in consonance with the dasha system of progression.

Lord of the day of the week.

Lord of the sign, wherein the Moon is posited.

Lord of the sign of Lagna prevailing at the time of birth.

Lord of the Nakshatra wherein the degree of Lagna (Ascendant) falls.

Lord of the Nakshatra wherein the degrees of the Moon fall.

After having listed the Karmic Control Planets, it is very important to find out whether a planet would be fruitful.

Following points should be kept in mind while sorting out the fruitful Karmic Control Planets for a particular house:-

If a Karmic planet is placed in the Antara of a retrograde planet or who is detrimental to the house in question, the planet will not be a fruitful planet.