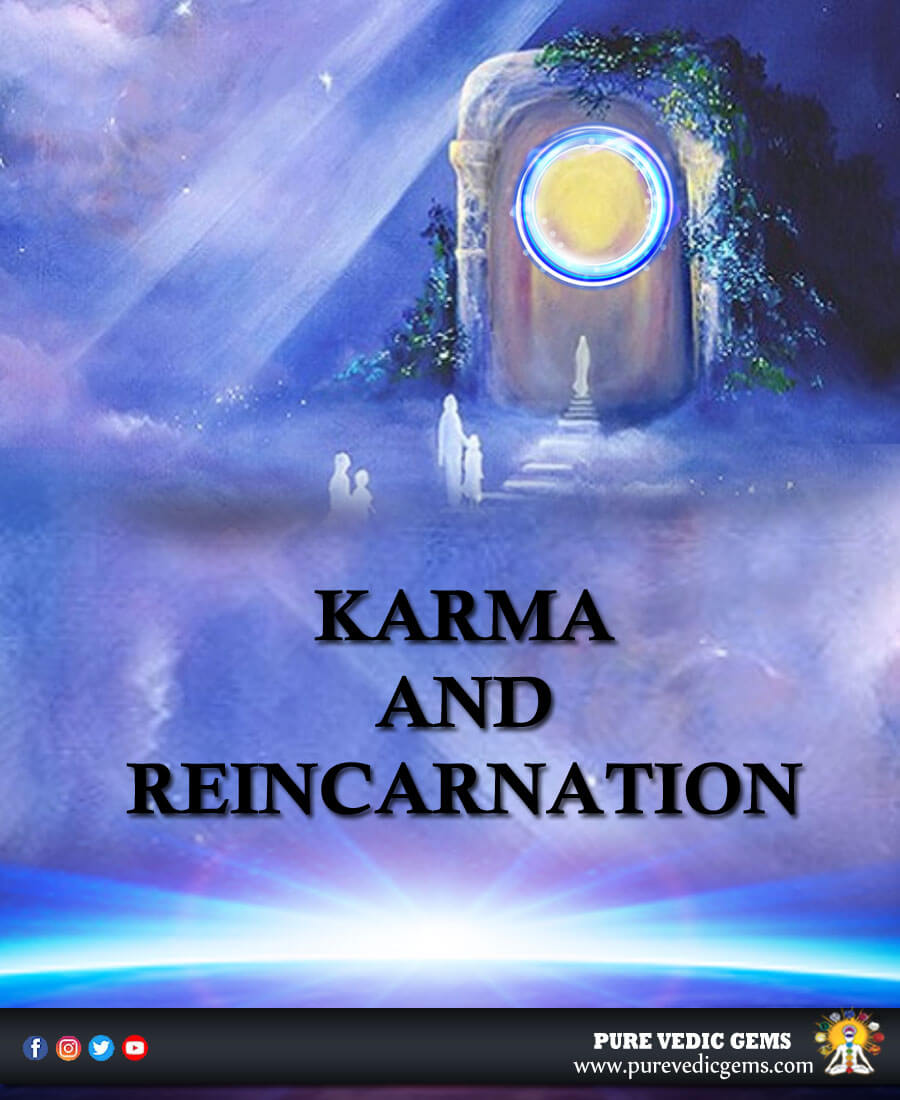 Meditation unleashes immense potential. We gain mastery of the mind by bringing a halt to its incessant chatter and teaching it to focus in a concentrated manner. Awareness of thought patterns helps to give the power to project thoughts to others. Yet one must be very careful always to send only vibrant, positive, loving and healing energy. For a complete understanding of why this is so, consider the subjects of Karma and reincarnation.

There is a law in physics that states, ‘For every action there is an equal and opposite reaction.’ Jesus taught, ‘Do unto others as you would have them do unto you.’ These are all expressions of the law of Karma, of cause and effect. It works something like a boomerang. Whatever thought or deed comes from a person will return to him. It may not come in the same form, but sooner or later each will confront the results of his own actions. A joyous and giving person draws a response of warmth and love. If a person is hateful, he will be disliked until this negative quality is removed. This is the Law.

Karmic reactions are not always experienced immediately. Sometimes lessons are not easily learned, and negative patterns may continue for many years. A single lifetime usually is not sufficient for anyone to attain Perfection. So each person reincarnates again and again. This is the reason for the apparent inequality between people. One is poor and another rich, one is healthy and another crippled, one is cheerful and another depressed. It is neither cruel fate nor a distant and unconcerned God that sets the stage for these situations, but one’s own Karma.

Don’t be fooled by those quick-realisation gurus who sell magic mantras and instant insight. You will be disappointed. Ultimately we must reckon with the effects of our own deeds. Each person’s life is his own responsibility. To blame difficulties on unfortunate circumstances or parents who weren’t well enough versed in psychology is to beg the question. Only when we realise that we are caught in our own web and begin to spiritualise our lives, do we break out of the wheel of births and deaths, and find peace and union in the Self.

Reincarnation is not an exclusively Eastern precept. It is contained in some form in almost every major religion and mystical philosophy. Research indicates that it was an accepted doctrine, at least in some quarters, at the time of Christ, and is still an integral part of some sects of the Jewish tradition. The Bible contains no condemnation of the principle of reincarnation—and in fact, when Christ was asked when Elijah would return, he answered that Elijah had returned, referring to John the Baptist. Origen, of the early Christian Greek Church, wrote extensively regarding the pre-existence of the soul. This concept was basically accepted in the Church until the fourth century AD. More recently, Pope Pius XII named Origen a Doctor of the Universal Church, indicating a tolerance if not an actual embracing of his teachings.

But reincarnation is not merely an abstract principle. Each of us has experienced recollections from past lives at some time or another. It is called deja vu. it is not unusual to meet someone for the first time, yet experience an uncanny sense of familiarity. This is because that person was known in previous lives. Occasionally there may be a place or scene that stirs memories deep inside. It will seem as if you have been there before, and in fact, that may be the case. At times we awaken from a dream that is strangely familiar, even though it bears no relationship to the present life and environment; it is a segment of an earlier lifetime that has surfaced in order to help work out present Karma.