Herbs and the Six Tastes I Pure Vedic Gems 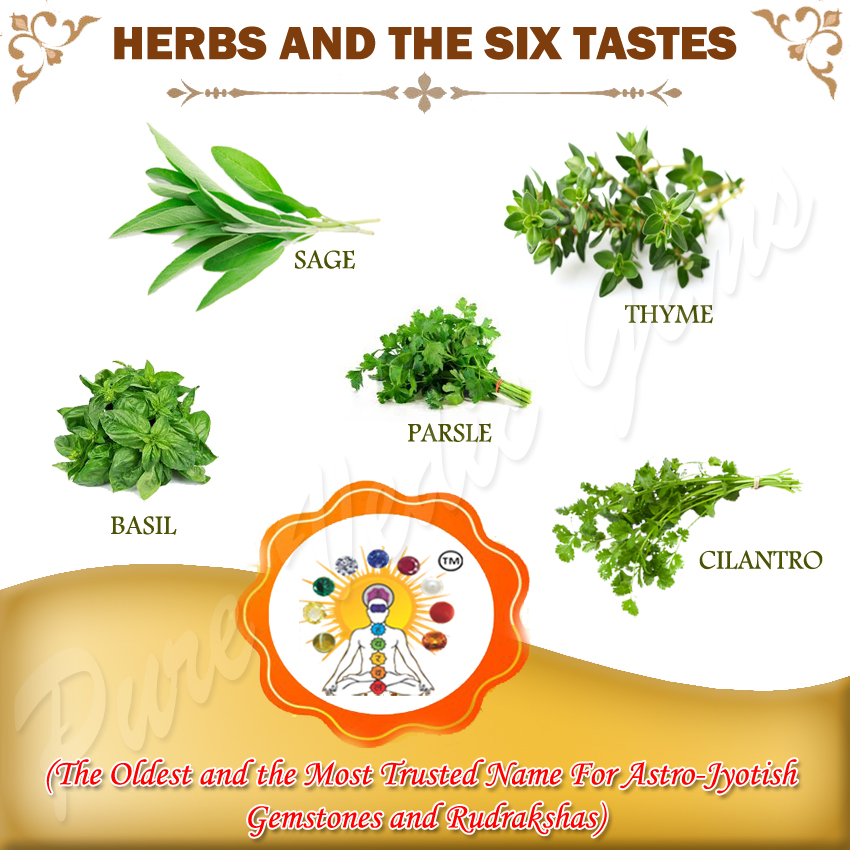 The taste of an herb is not incidental but is directly related- indeed, directly responsible- for much of its therapeutic value. That is why Ayurvedic herbs are generally taken in a form that requires tasting them, rather than concealing the taste in a capsule.

There is no problem in taking an herb that has a sweet , pungent, or otherwise tempting taste. But most people, particularly in Western culture, don’t like the bitter or astringent tastes, and if they have to take a herb with either of these tastes, they want to put the herb into a capsule and swallow it without tasting it.

Since the stomach has no taste buds, when the herb is taken this way, the effects and benefits derived from the taste are lessened, because they are not perceived. When we eat food, we don’t lose the effect of the tastes because we have to chew, when we use capsules, we miss the taste of the herb.

One of the reasons the Ayurvedic physician prescribes an herb is to balance whatever taste is lacking in the body.

The herb transmits that taste and its effects into rasa dhatu (plasma). Triphala , for example, provides all the tastes except salty, but it tends to yield the predominant taste that is lacking in the body, which for most Westerners is the bitter taste. That’s why for many people triphala tastes bitter for some time. Later, after regular use, the bitter taste will have been recieved into the rasa dhatu, and triphala may taste sour or sweet.

In Ayurvedic medicine, most herbs are classified according  to their predominant taste, secondary aftertaste, and “potential” taste. The main taste acts on rasa dhatu, the aftertaste acts on the nervous system, and the third taste has either a healing or a cooling effect.

This explains why it is important to have the effect of taste on the tongue when taking Ayurvedic Medications.