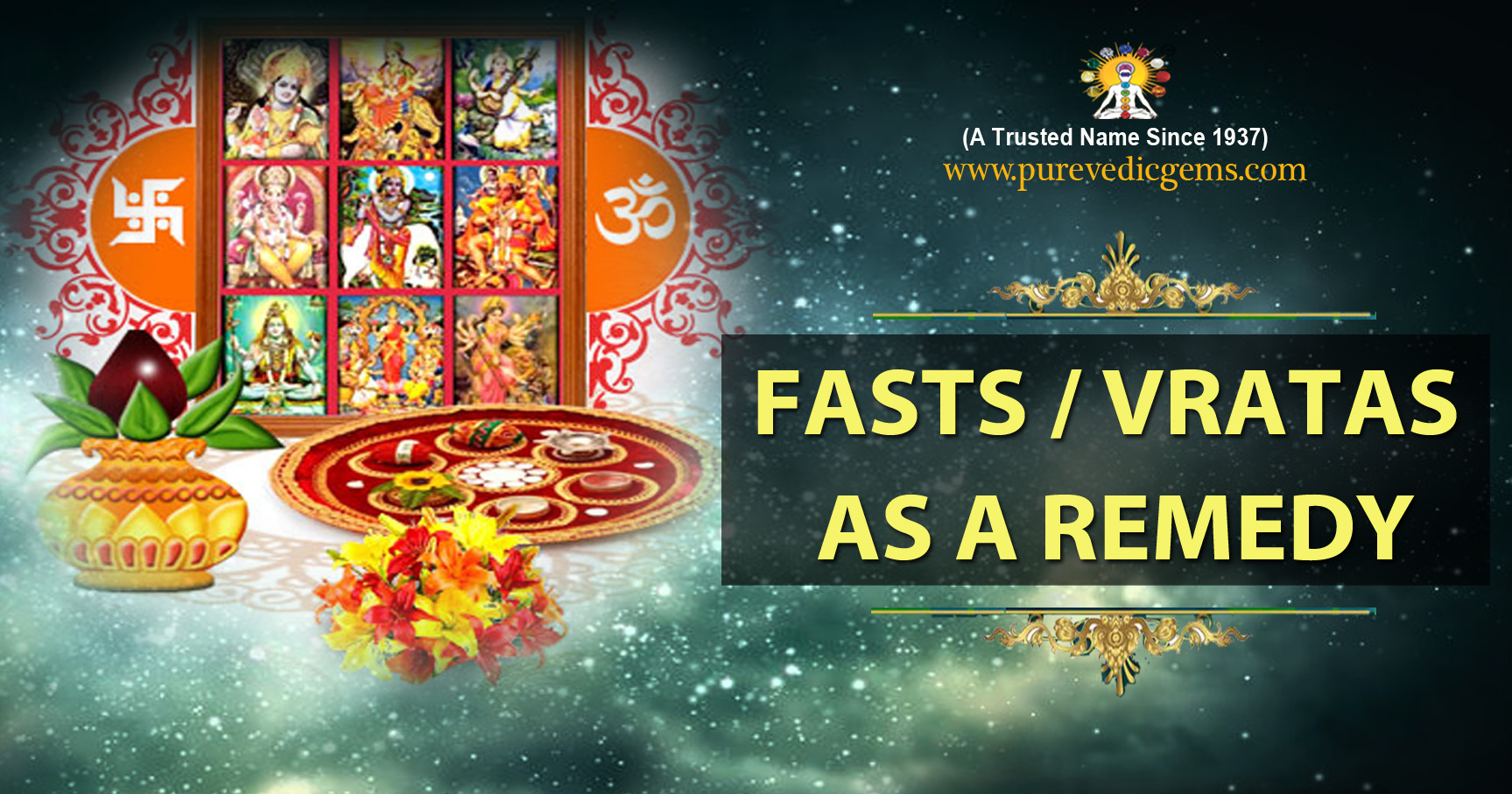 Vrata in the Puranas

There are vratas again based on time. A vrata to be performed just for a dina or day is a ‘dina-vrata’. One lasting for a vaara or a paksha (week or fortnight) is a ‘vaara-vrata’ or a ‘paksh-vrata’ as the case may be. One to be undertaken on a particular tithi ( a day according to the lunar calendar ) or when a particular nakshatra (asterism) is on the ascendant, is respectively called a ‘tithi-vrata’ or ‘nakshatra-vrata’. Most of the vratas now in vogue are based on the tithis of the lunar calendar.

Another classification is according to the deity ( an aspect of God ) worshipped; for instance, Swarna-gauri-vrata is dedicated to Gauri, another name of Parvati Devi. Likewise Vara-siddhi-vinayaka-vrata is for propitiation of Lord Ganesha or Satya-narayana-vrata to Vishnu known as Satyanarayana.

Who are the persons eligible to perform a vrata? Anyone who has faith in it and wishes to perform it as per the rules, even if the person be a outsider! During the Vedic period sacrifices were strictly restricted to the men of the three upper castes called dvijas meaning twice-born. The doors of the vratas were thrown open to one and all during bhakti movement, thus  bringing ritualistic Hinduism to especially the lower castes and women. They had been denied that privilege for centuries. Historically speaking,  this might have been a master-stroke devised by the liberal-minded religious leaders of the Hindu society to prevent the exodus of their flock to the Jaina and Buddhist folds, which were singularly free from the labyrinth of rituals and offered a simple religion of ethical conduct for the common public.

Though the rules concerning the vratas had been very much liberalized to embrace as large a segment of the society as possible, there had to be some rules guiding the whole process in order to protect and preserve the sanctity of the ritual system itself. These may be summarized as follows:

During the period of the observance of a vrata, one should keep one’s person clean and pure, observe celibacy, speak the truth, practice forbearance, avoid non-vegetarian foods and scrupulously perform all the rituals connected with it.

Once a vrata is undertaken, it should never be left unfinished nor a new one started before completing it. But, one should never start the observance while in ashaucha ceremonial impurity brought about by birth or death in one’s family.

Persons too old or too sick can get the vrata performed for them by the close relatives if they are willing.

Once the decision is taken to perform a vrata, the actual commencement should be made only as per the auspicious time, place and mode laid down by the books.